Several time people ask me to explain which is the difference between transgender, transsexual and transvestite. Often someone that is not heterosexual is considered like having a deviance that must be cured or someone that must be convinced to be in line with socially acceptable norms. This way of thinking inevitably ends into prejudices and suffering. Generally speaking, “anti LGBT” habits are guided by poorly informed people and are caused by ignorance and prejudices without any scientific knowledge. Every male or female is what it is by birth and from birth. There is no culture or form of persuasion that can convince an homosexual, male or female, to have sex with people of the opposite sex. Being a transvestite, a transgender or a transsexual doesn’t depend at all with the personal sexual preference. It is not what kind of sexual partner a person choose. It is more related to the feeling that he/she can have with his/her body. In fact, it is a genetic heritage matter, “wrong” identity and transformation. None can choose the body in which he will be born. The vast majority of us is born simply as a male or a female and we are happy with that genetic heredity. By contrary, a minority of people are born in a body and, growing up, slowly begin to feel not confortable with that body. At the age of puberty the conflict between the “external” physical aspect, masculine or feminine, and the mental condition that leads to “desire” to be of the other sex can explode in a significative way. At the end of the story, the result of this “explosion” and how people act to by pass and solve this conflict leads to the inclusion in the different categories of transgender, transsexual and transvestite. What they will do to change and correct their own sexual conflicts will determine the “membership category” for the rest of their life. 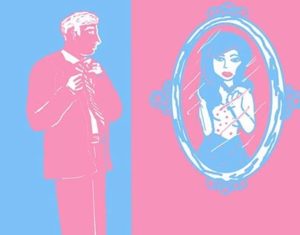 Transvestite is someone that dress up clothes that conventionally are dressed by people of the opposite sex, and act in a conseguent way. They are happy to accept their body like it is, with masculine or feminine genitals, and its outward appearance, but they choose to live their life in the way they feel more comfortable. 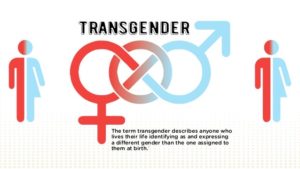 Men and women transgender identify themselves not using their biological sex. They need to conciliate the conflict between their own body and how they feel mentally and psycologically. They can undetake some medical care with taking hormones of the other sex, they can change sex with surgery or use psychotherapy, but a lot of people can decide to do nothing at all or doing something in a partial way for financial, medical or social reasons. Normally, when this happens, the behavior tends to mantain the physical aspect in accordance with the bodily functions and with the gender they feel more confortable.

For example, a transgender that is biologically woman could feel better in a masculine identity and do something like using a masculine name instead of a feminine one, dressing men’s clothes, being engaged in activities generally associated with men. 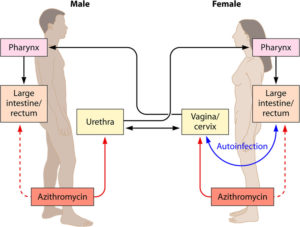 Even transsexuals, men and women, believe not to be born with the gender that Nature gave them. In other words, a man born with penis could feel and act as a woman, or a woman, born with feminine genitals, could feel and act as a man. This implies that a transsexual needs to be medically assisted, but, above all, psychologically assisted. The inner conflict of a transsexual is particularly deep. First of all, he/she must accept to live in a “body wrap” that he/she does not recognize to be of the “right” sex. The second step is to decide what path to take. Transsexual can do hormonal cares, psychotherapy and, as final step, surgery to change sex that could be the desired end of all the path.

Gender transition is the period in which transsexual people begin to change their aspect, their body and their inner identity. Transsexualism and transgenderism are not the same condition, and they might not be treated like similar. When someone decide to be a transvestite, a transsexual or a transgender he/she makes a personal decision and we must respect this decision exactly like it is. So, my personal message to all of you is to enjoy your life at the highest level!!!

2 thoughts on “Transgender, Transexual and Transvestite”